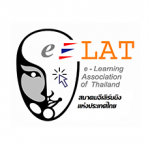 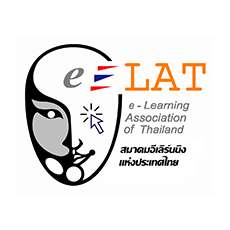 E-learning is here to stay. Not only does E-learning offer greater flexibility and access to education, but students and employers also reap long term benefits and rewards. This webinar shares how E-learning reshapes education and the workforce in the future from different perspectives.

Suphachai Chearavanont
Chairman of the Digital Council of Thailand

Mr. Suphachai Chearavanont is the Chairman of The Digital Council of Thailand (DCT), which aims to transform Thailand into a digital innovation hub. DCT has envisioned to elevate the business or Thai digital industry to international level, and to drive toward better economy, society, and quality of life of Thai people.

Mr. Chearavanont has been a member of the Thai Government’s Independent Committee for Educational Reform since May 2017 and President of the United Nations Global Compact Network Thailand (GCNT) since 2017.

Mr. Suphachai Chearavanont is also the Senior Vice Chairman and Chief Executive Officer of Charoen Pokphand Group Co., Ltd. (C.P. Group), one of Asia's leading conglomerates that consists of over 100 companies operating in 21 countries across a wide range of sectors, including agri-food, retail and telecommunications.

Suphachai Chearavanont, Chairman of the Digital Council of Thailand 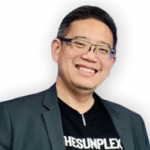 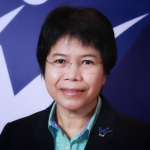 TCU is an ongoing project, which puts emphasis on expanding educational opportunities for people. The TCU acts as a learning resource sharing center and aims to assist all the higher education institutes to deliver distance learning via the Internet. It also works to ensure that all online courses are of a high quality and meet government standards.

She is currently an Associate Professor at the Faculty of Education, Silpakorn University, where she used to be the Chair department of Educational Technology and the Deputy director of the Computer Center. 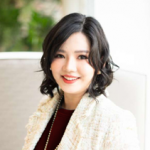 Ms. Kulthirath Pakawachkrilers is a Co-Founder and CEO of Thailand e-Business Center (TeC, Global-China expansion & Digital consulting firm based in Thailand. She holds various positions in digital industry such as President of Thai e-Commerce Association and Secretariat of Thai Digital Trade Association. Prior to this, she was one of the top managements behind the big global e-Commerce brands such as Lazada Thailand (acquired by Alibaba), Luxola (acquired by Sephora) and Cdiscount/Cmart (acquired by BJC). In addition, her role in leading women entrepreneur, she won the Thailand Women Leader award in 2021 by CMO Asia Awards and now is an honorable advisory committee/judge to UN WOMEN WEPs Award 2022. Last but not least, Ms. Kulthirath has been an invited speaker and panelist in global, regional and local conferences such as UNCTAD, European Union, Ministry of Digital economy and Society, Ministry of Commerce and many more.

Nowadays, Thailand has significantly progressed in emerging communication technologies, including digital economy, to enhance learning efficiency and boost GDP to be competitive in the new world, based on knowledge economy and creative economy which define the values added to innovative products & services and creativity. There is the encouragement to use emerging technologies to develop educational industry in Thailand, but the quality contents for academic purposes are problems that need to be developed in parallel, as well as, supporting system for the most efficient E-learning in Thailand worth investment.

Therefore, entrepreneurs, academic specialists, and those in Thailand interested in E-learning have gathered establishing e-Learning Association of Thailand since 2008 with many accomplishments beneficial to E-learning industry such as; system prototype, training, academic seminar, research, and consulting in both domestic and international.

The shift to the metaverse is likely to have a positive business impact, according to 71% of respondents to an Accenture survey, and 42% say it will be “breakthrough” or “transformational.” Companies see the metaverse as a new way to engage their clients and create new growth opportunities. The metaverse will infiltrate every sector in the coming years, culminating in a market opportunity worth more than $1 trillion in annual revenues, according to JP Morgan. 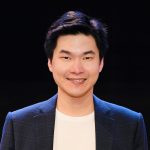 This bright-eyed-and-bushy-tailed entrepreneur believes every business deserves a new opportunity, with the help of modern digital tools and technology. He recently led the creation of a local-born Metaverse - joining hands with 60 of Thailand’s leading companies and organizations - that speak to an international audience. Max is a regular speaker at various regional conferences and is a startup industry consultant for various government agencies and publicly listed company boards.

Panel Discussion: How will the Metaverse Change Our Business? 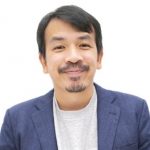 Poptoday is a first Thai solo artist that got verified with Blue checkmark by Opensea from from over 100 ETH on Volume trade. TeddyBits is one of the Top of non- generative NFT collection with 494 ETH on Volume Trade. 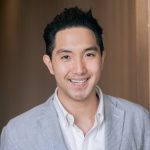 “Think big, but keep it simple and move forward”

Nattapon is an engineer graduated from Australia where he spent most of his 20’s life. As a fresh engineering graduate at the age of 24 with more than 25 times of interview fail attempts, he started an engineering career as a Test engineer writing code at “Concentrix Tigerspike”; A Google partner - Digital agency with multiple awards winning. After the probation period, he got promoted to a Software Engineer, and became the Tech Lead within 4 years. Then, he was leading a team of 5-10 engineers working on one of the most challenging projects at “GrainCorp (GC)”, one of the largest grain logistic and storage providers in Australia. That was when his team at Tigerspike helped digitize GC to be a leader in the grain business, which later influenced his career life. 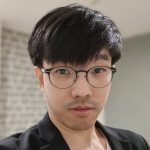 With more than 10 years of working experience in the IT industry as a software engineer and a solution architect, Tharathorn specializes in IT transformation and digital solutions for financial and e-commerce businesses. Currently, he is leading Ascend Commerce’s engineering teams for a better and brighter future. 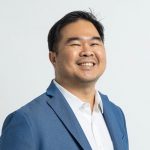 Dr. Natee Theppot has experienced the majority of his career in the blockchain technology industry. He is founder of Omplatform Co., Itd., a Blockchain solution for business. Organize one of the biggest Blockchain events in Thailand since 2019 Name Block mountain. His background had experience in Project management of City development project in Chiangmai. He focuses on How to implement blockchain in business and City development as a digital infrastructure. Dr. Natee is also the President of Thai Metaverse Association and Founder of Chiangmai crypto city. 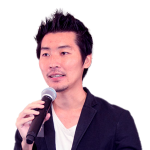 Mr. Satean has built company from Zero to 400 million revenue in 4 years, raised capital from 500,000 to 100,000,000 THB in 2 years, made Neolution brand to be no.1 in Thailand in 1.5 year, built Neolution esport brand become one of the best gaming brand in Southeast Asia in 2 years, set new standard of Thailand Gaming Industry for gaming team, Internet café, and gaming gears, the one and only Thai nationality to attend the International DotA2 competition.

Thai Startup Trade Association truly represents startups in Thailand and encourages the Thai start-up industry to grow further than ever. The logo of betta fish in three colors symbolic of the characteristics of Thai startups, “fighting”, “tough” and “Thai flag color”.

Our vision is to drive the Thai startup ecosystem by transforming Thailand from a country of primarily foreign-technology consumers to a country of technology producers by implementing three core principles: Unite Startups—bringing all startups under one roof; Engage Partners—encircling allies and partners; and Make an Impact—making a difference to society. In order to make this happen

InfoCommAsia Pte Ltd is the Singapore-based subsidiary of AVIXA – the global Audiovisual and Integrated Experience Association – and is responsible for the association’s trade shows throughout the Asia Pacific.